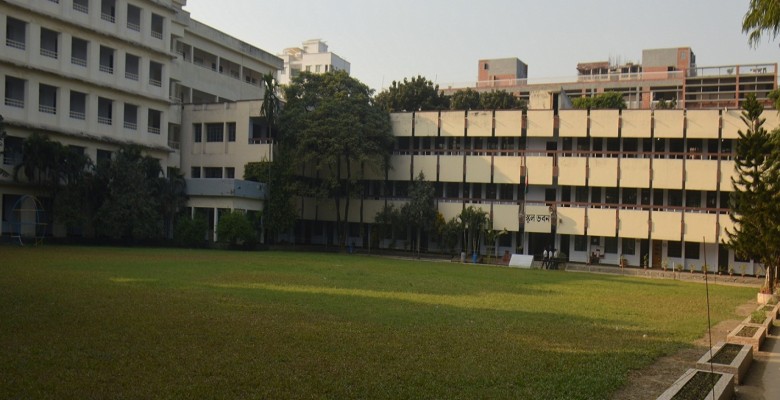 History of the founding of the Institution

Introduction : Birshreshtha Noor Mohammad Public College established in 1977, is one of the most reputed educational institutions situated in the capital, Dhaka. As an ideal and well organised institution, since the three decades of its founding, it has been able to upgrade its glorious status in line with other reputed educational institutions across the country. This institution is uniquely located in a magnificent natural environment of BGB Headquarters with enviably safe surroundings. The pulpit is marked not only as an institution of rules and regulations as well as an ideal seat of learning, but also a centre teeming with salient features like success of the learners in the cultural and sports arena, morality exercise, patriotic feelings, service to the distressed humanity, participation in the sphere of nation building activities and, above all, the institution in addition to normal academic program aims at building the character of the students and making them  ideal citizens of the country. As a consequence, the institution with a background of 29 years has already set up a leading image that has turned it into an ideal institution of confidence, security and dependability to the guardians. Since its inception Director General and Additional Director General of BGB have been acting as the Chief Patron and the Chairman of the Governing Body respectively. Under their superb guidance, the institution has earned the status of being a perfectly ideal educational institution.

Education Extension Programme of BGB : The Headquarters of twelve sectors of BGB are situated at Peelkhana. The authority is profoundly concerned with the education of the offsprings of BGB personnel. The main task of BGB is to safeguard the border areas as well as to curb smuggling. Besides, the members of different ranks of BGB are participating in nation building activities that has made this institution a model of service oriented humanitarian organization. Through a series of successive steps BGB adopted education extension programmes across the country. As a result of this initiative, the institution opened its door on the 1st of August, 1977 named as Rifles Public School which later on has been renamed Bir Shreshtha Noor Mohammad Public College,as a mark of respect to the memory of the valiant freedom fighter Noor Mohammad Sheikh.

Objectives of founding the educational institution : Illiteracy is one of the major  problems prevailing in Bangladesh. Advancement of the country has been disrupted due to the lack of proper education system. Keeping the idea of eradicating illiteracy in view, the government is trying heart and soul to implement Education Extension program in many possible ways. The objectives of founding this institution are as follows :

a) To eradicate illiteracy and education extension.
b) To adopt effective measures in the field of building up the offsprings of the BGB personnel as genuinely educated future citizens.
c) To build up the foundation of a competitive education system with a view to promoting education in an effective   manner and make enrolment of the students at the same time in this regard.
d) To build up a model of a well–organized and an ideal institution in accordance with the vision of the educational institutions run by the Armed forces.
e) To inspire all with the sense that knowledge is power.

Pattern of the institution: The institution has become a complete edutional institution encompassing both  school - college levels through a series of successive steps since its inception.The institution opened its door as a Junior school on the 1st August,1977.The second Director General of Bangladesh Rifles Major General M. Khalilur Rahman,psc(From 22-2-74 to 31-10-75) took up the scheme in order to set up the institution on the BDR campus in an area of approximately 6 acres  of land adjacent to BGB gate number five. It is said that there was a plan of establishing a shaheed minar at this venue. Later on, the then BDR officer named Major Sakhawat proposed to set up a school here. His pragmatic plan came true eventually and Major General Quazi Golam Dostagir, psc, Director General of Bangladesh Rifles (From 1-11-75 to 14-12-77) took the initiative to establish this institution. The following are the phases of changes in the structure of this institution: